Norbert Niederkofler: respect and love for the land

Norbert Niederkofler was born in 1961 in Luttach in the Ahrntal valley in South Tyrol / Italy where he grew up with his 4 sisters. After graduation Norbert attended the hotel school, spent a total of 15 years abroad, working in Germany, United States, Switzerland, Austria and Italy, among the others. In the early nineties, Norbert returned to South Tyrol and since 1994 he is in charge of the restaurants at the Hotel Rosa Alpina and among them also of the St. Hubertus restaurant which was opened in 1996.

Norbert Niederkofler denotes that respect for the products and knowledge of the right cooking technique retrieve the most out of the taste and that is the focal point of his culinary art.

Norbert Niederkofler perceives his commitment for the preservation of the local cultural heritage as a vision for its future. 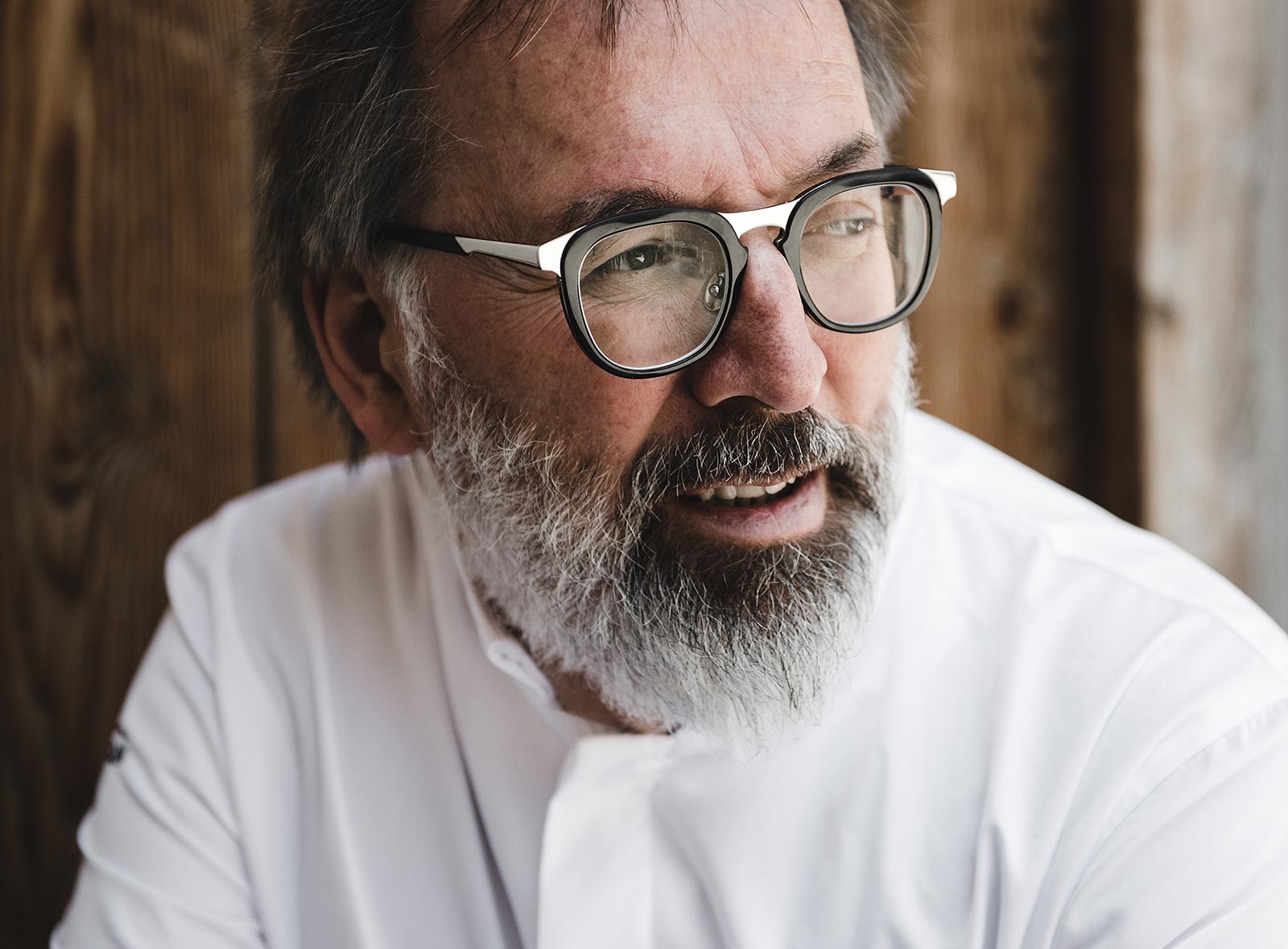 "Cook the Mountain" is an idea by Norbert Niederkofler and Hugo Pizzinini, which dates back to the year 2011 aiming to give South Tyrol a new culinary identity.

Centuries-old legacy of fostering land and culture should be inspiration and mission heritage to transmit to the future generations.

A crucial point of „Cook The Mountain” is the approach of no waste, to try to avoid it buying only the necessary and changing the consumer behaviour. In that way we can avoid leftovers, the excess of food and we treat the natural resources in a responsible way. 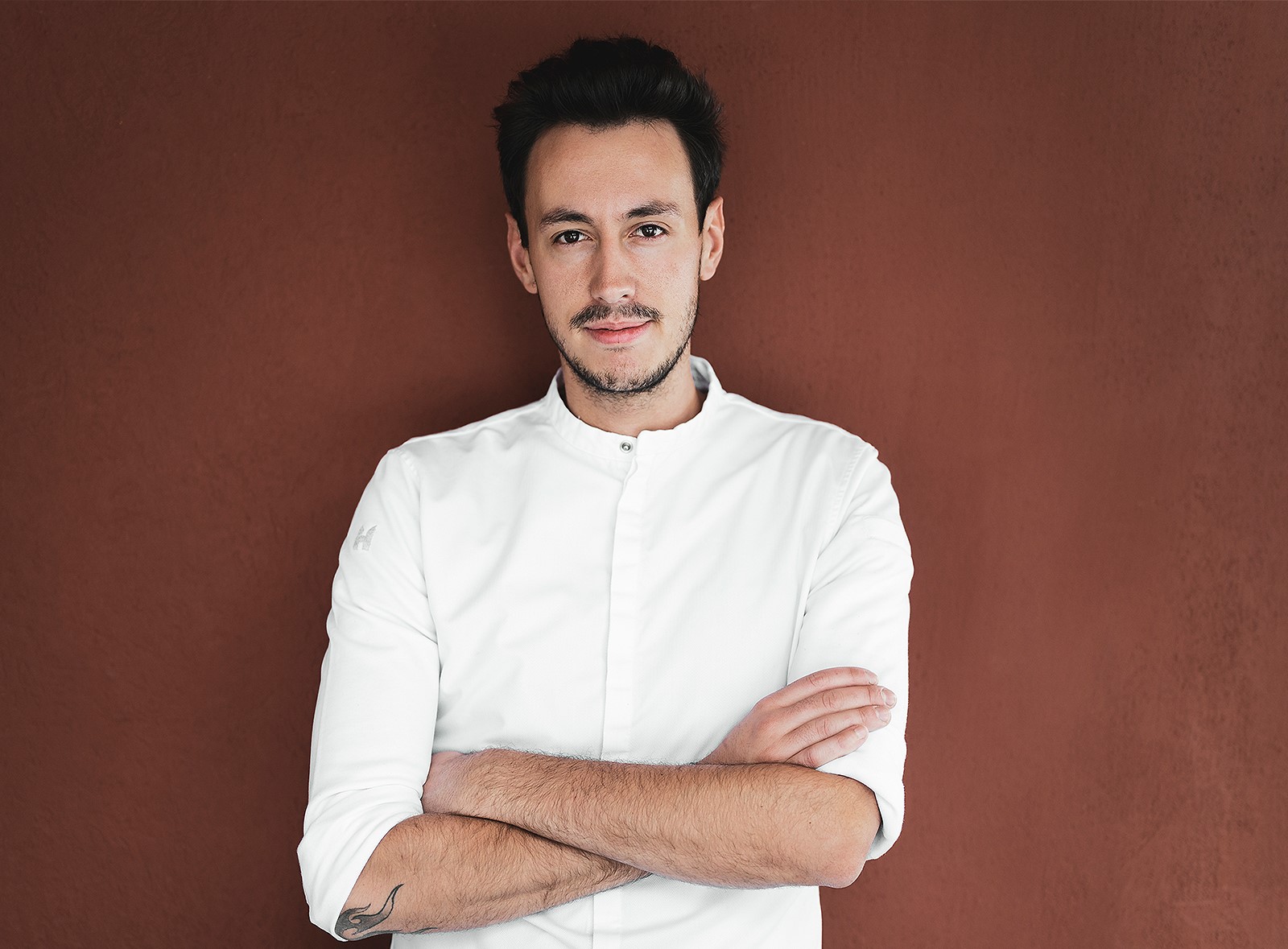 Michele Lazzarini was born on the 3rd of December 1991 in Clusone (BG) and then grew up in Gandellino,  a village in Val Seriana. From an early age he loved the mountains and exploring the woods around his house searching for herbs and mushrooms with his mother and grandmother, from whom he inherited his great passion for cooking.

After completing his studies at hotel management school he made his professional debut alongside Chef Gualtiero Marchesi and then continued at the Kulm Hotel in St. Moritz. Subsequently Michele did numerous internships in different countries such as Chile, Denmark, Peru and Sweden. His love for the mountains and the culinary traditions linked to the same then led him to attend courses on wild herbs and mushrooms.

In 2013 he became part of the kitchen brigade on an internship at Ristorante St. Hubertus where he held various positions over time. Thanks to his excellent skills and under the guidance of Chef Niederkofler, he became the Sous-Chef in 2015.

When not in the kitchen Michele has a keen interest in photography, hiking and gastronomy books as well as his great passion for football which sees him playing in matches between the Brigade Team and the Service Team once service is over. "Ode to the surrounding nature using the delicious produce of the alpine region, and to the farmers and local producers with whom he works every day, Niederkofler’s dishes tell a thousand and one stories! Discovering his cuisine is an unforgettable human experience full of emotion."

Alta Badia is one of five Ladin-speaking valleys in northern Italy, comprising six villages among them there is San Cassiano. Picture-book landscape stretches for the eye with dense coniferous forests, idyllic alpine meadows, connected by mountain passes that separate the white limestone elevations, many of them are over 3,000 meters high. The impressive surrounding Dolomites' peaks such as Conturines, La Varella, Holy Cross and Lagazuoi are inspirations for our work.

The shared passion for our territory is where the mutual exchange with our farmers begins: the mission is to cultivate the diversity of our cultural landscape in order that everyone can benefit. The relatively isolated position of the mountain valleys shaped the humans and helped to preserve the traditional Ladin culture. Ladin descended from the Raeter, the former inhabitants of the high Alps, who grazed their herds as shepherds from about 5,000 B.C. Their language is a combination of Raetish and vulgar Latin, as it was spoken by the Roman conquerors who passed through the region in 15 AD. Ladin is today still the native language of the people living here. Ladin was officially recognized as an independent language and culture in 1972.

Farms were managed in a traditional way up until 50 years ago. Mountain villages were often cut off from the outside world for months during winter and they had to take care of themselves. Road access has enabled the advent of tourism, which created jobs and prosperity.

More than ever before, the role of forestry and agriculture plays a central role in the mountain regions: in the summer time, the farmers bring the herds of cows and sheep to the alpine pastures, mow the hay of the surrounding meadows and store it for the upcoming winter months. 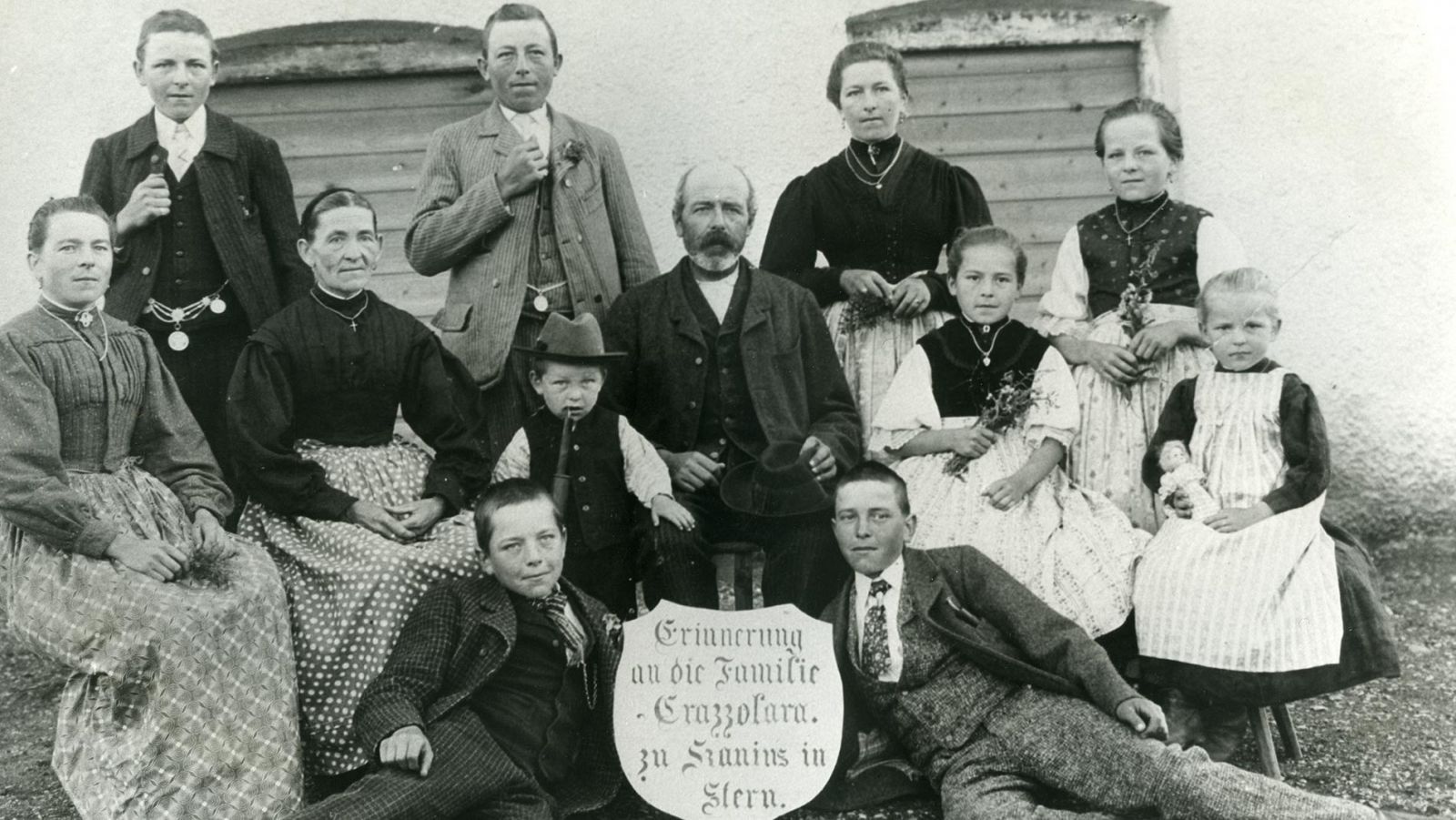